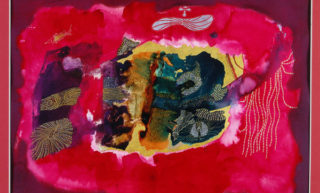 Cycle: Wanderings on the red sea 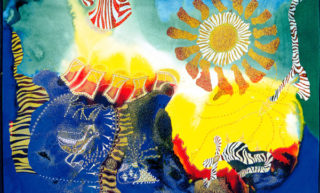 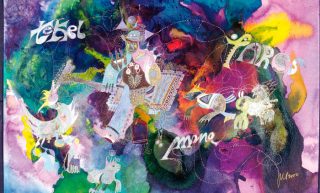 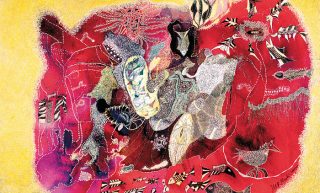 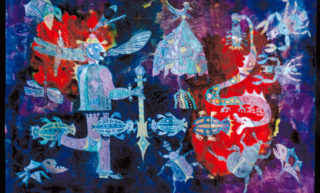 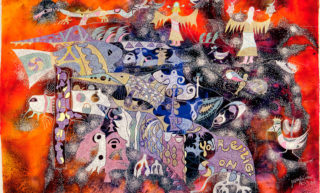 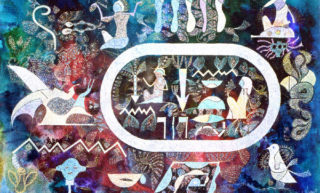 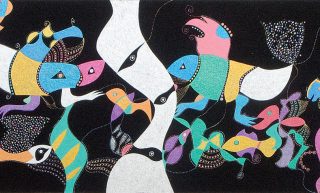 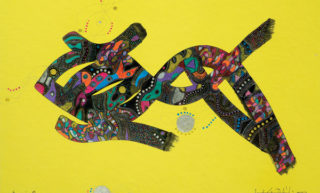 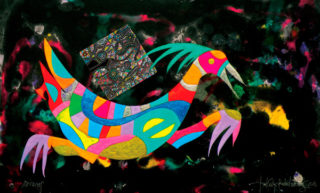 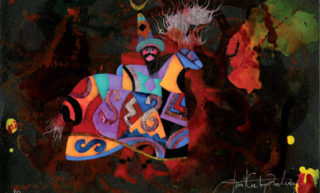 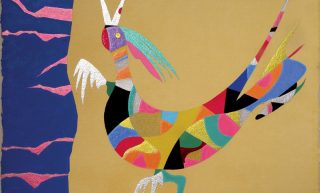 Jan Kanty Pawluśkiewicz Paints Gel-Art. A great artist, or using the language of the youth – a great multimedia artist, Jan Kanty Pawluśkiewicz paints gel-art. The expression ‘paints gel-art’ is a motto which individualizes and at the same time explains the artist’s painting creativity. It is a supplementary heading for the titles of numerous exhibitions of the artist’s works presented in the last decade in galleries in Cracow, Warsaw, Łódź, Bydgoszcz, Białystok, Lublin, Włocławek, Nowy Sącz, Płock, Sopot, Bielsko-Biała. It also accompanies various expositions organized abroad, such as the one in the European Parliament in 2006 or the display that will soon be opened in Sweden. No wonder that frequent visitors to those exhibitions unequivocally associate gel-art with Jan Kanty Pawluśkiewicz. If I were to describe his art to the scrupulous, I’d say that his paintings, made in mixed technique on paper, are painted with inks and multicoloured, sparkling gels on black ink foundation, sometimes with the addition of watercolours and pastels. To the sensitive, however, it is enough to say that those paintings are simply gel-arts. They are also a tribute to the Hindu invention of gel, the organic dye, which the smart Japanese closed within a pen, using modern technologies (which, if I may reveal, were prepared specially for our master by Mitsubishi).

For Jan Kanty Pawluśkiewicz, gel-arts are cards from journeys, sometimes real, sometimes dreamy, they are “fanciful frolics” and the life’s happiness. It is noticeable in the conversation with the artist, when he says with delight: The changeability of colours is wonderful, new ones appear constantly, wonderful greens show up, those fantastic reds, stunningblues, and silver – it is simply a miracle! Now, sitting for a few weeks, putting 420 dots in 1 cm², I can perfectly, as perfection is what interests me most, transmit certain psychological state, this kind of tension, which is in me. I can encourage the viewer to enter this…small world in which I want to communicate with them through colour, figurativeness, abstraction, through the cluster of the glitter in gel and the matt character of the foundations, which, at the beginning, constituted of some tachisme patches of ink – I could not cover large parts of the surface with gel. I knew what I wanted to do but I did not know how. Now I know, but it is awfully labour-intensive. If you know what pointillism in impressionism is, what I do is exactly a kind of… pointillistic technique, putting thousands, tens of thousands of dots next to each other until the smooth surface of fascinating quality emerges!* For me, a person who’s been fascinated with the works of the master for years, gel-art in his recent series of paintings is (in a nut shell) close to the Byzantine mosaics with their power of divine glow in the changing light.
Jan Kanty Pawluśkiewicz is an open and communicative man, yet as a painter and a new performer, he makes diverse “voltes”, which sometimes are hard to understand or ambiguous, and often require some hints of explanation. Well, as he claims himself, most of the painting ideas were born in a dream and after awakening, he could remember only shreds. The master does not avoid literary titles, both his own and the ones drawn from poets. He willingly gives interviews, allows to be photographed, explains ambiguities. But does he explain them completely? Or does he allow for some freedom of interpretation? Or maybe, he has a few interpretations himself? The artist took care of a catchy, expressive definition of his work stating that gel-art is a combination of contemporary extravagance and convulsive classic. The extravagance being the usage of innovative painting material, and the convulsive classic being the deconstruction of tradition by combination of figurativeness and abstraction. Gel-art can also be defined as successful artistic compromise between the reluctan to be rid of classic and not yet fully accepted extravagance of the future.

Jan Kanty Pawluśkiewicz admits that he has been interested in art for more than 50 years. This interest induced him to study architecture. He tried drawing, painting and sculpture. It is almost sure, even though he does not admit to it, that he has presented his works to his friends. It is not without a reason that many years ago Marek Grechuta praised with his singing vernissage of master Jan Kanty. However, the first real public exhibition is considered to be in January 1999 in Piwnica pod Baranami. Since then, Jan Kanty Pawluśkiewicz has painted 10 series of paintings. He regards the first 9 as closed but the last one, which he defines as “fully competent”, he develops constantly.

This site uses cookies. If you agree to save information contained in cookies, click on „×” in the upper right corner of this information. If you do not agree, you can change cookie settings in the options of your browser. Detailed information about how we use cookies and the rules for processing personal data can be found in our privacy policy.